Historically, the shoebox concept has developed from rehearsal and ballrooms of royal courts, on the one hand, and from churches – in particular protestant – on the other. Ballrooms were usually rectangular, often with very high ceilings – not only for the quality of air but also to impress the guests. The materials were essentially reflective, from an acoustic point of view (timber floor, plaster and/or marble, some windows and perhaps a few tapestries), and exhibited many ornamentations.
The protestant churches, which are of particular interest here, are rectangular (rather elongated) with great ceiling heights. Galleries or balconies were frequently built to accommodate musicians, choirs or audience. These churches were often acoustically treated to improve speech intelligibility. 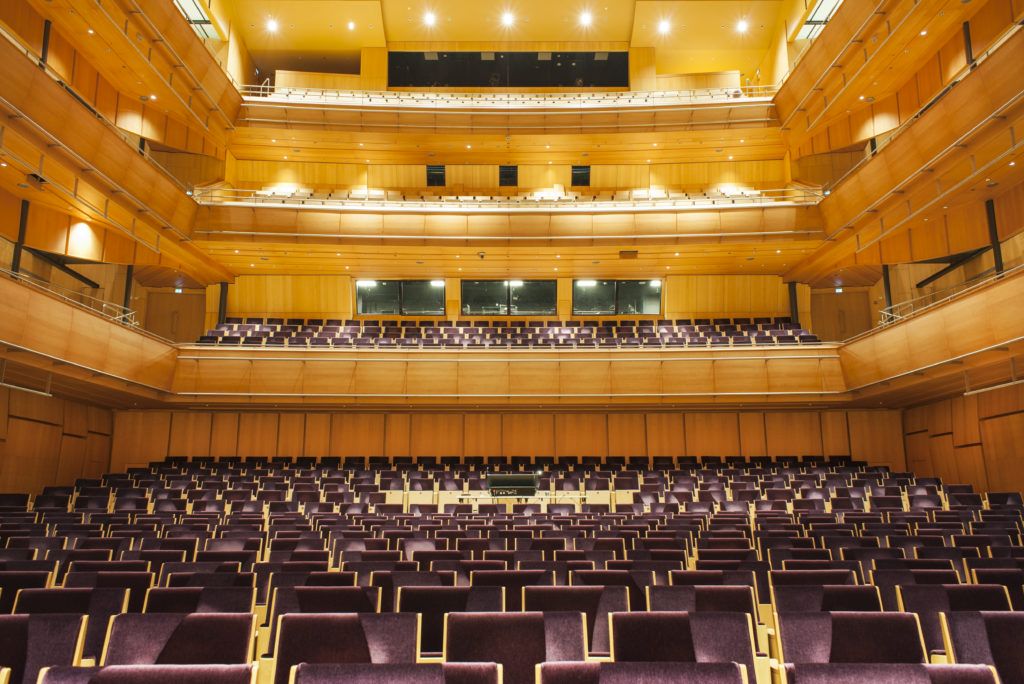 Example of a contemporary shoebox hall: Stavanger Konserthus – view from the stage (2012). 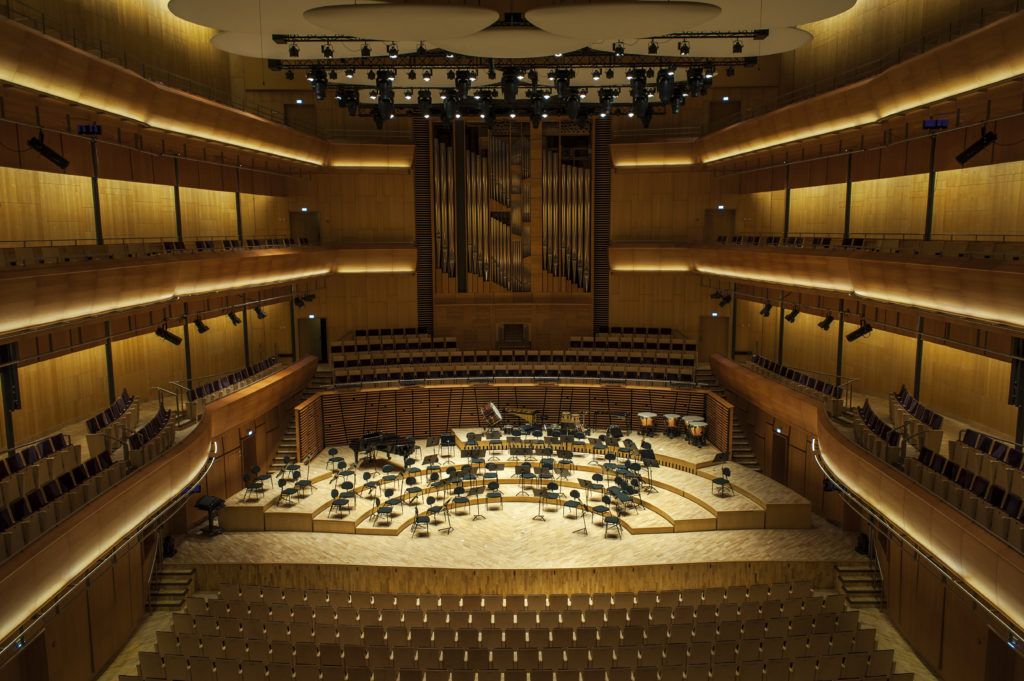 Example of a contemporary shoebox hall: Stavanger Konserthus – view from the rear balcony (2012).

What is characteristic of most shoebox halls – and particularly the historical ones – is their “fullness” of sound, the importance of the room effect and the sensation of being surrounded by sound. For small shoeboxes without balconies this is not really surprising as one can compare them to “extended bathrooms” where (luckily) a lot of ornamentations mitigate the undesirable effects of flat and reflective parallel walls.

Example of a shoebox hall in plan and section.

The sound generated by the instruments, in addition to the direct sound, propagates to the ceiling and is reflected back towards the audience after a relatively long trajectory (and thus a long time delay). Apart from the direct sound, there is little early acoustic energy and early reflections, while the late energy and the feeling of a late sound feld are dominant. This works quite well for small halls with moderate ceiling heights but not for large rooms: the lack of early energy becomes noticeable and the source presence, the defnition and speech intelligibility become too small.

The lateral balconies and more particularly their lower sur-face play a major role in the acoustics of shoebox concert halls. In most large halls, the seats on the ground floor receive less early reflections from the ceiling than from the horizontal soffts of the lateral and back balconies. Above the highest balcony, there is generally suffcient ceiling height to allow build-up of reverberation between the lateral walls. The area below the highest balcony is essentially used to generate reflections, increasing the early energy and therefore the source presence, listening precision and intelligibility. 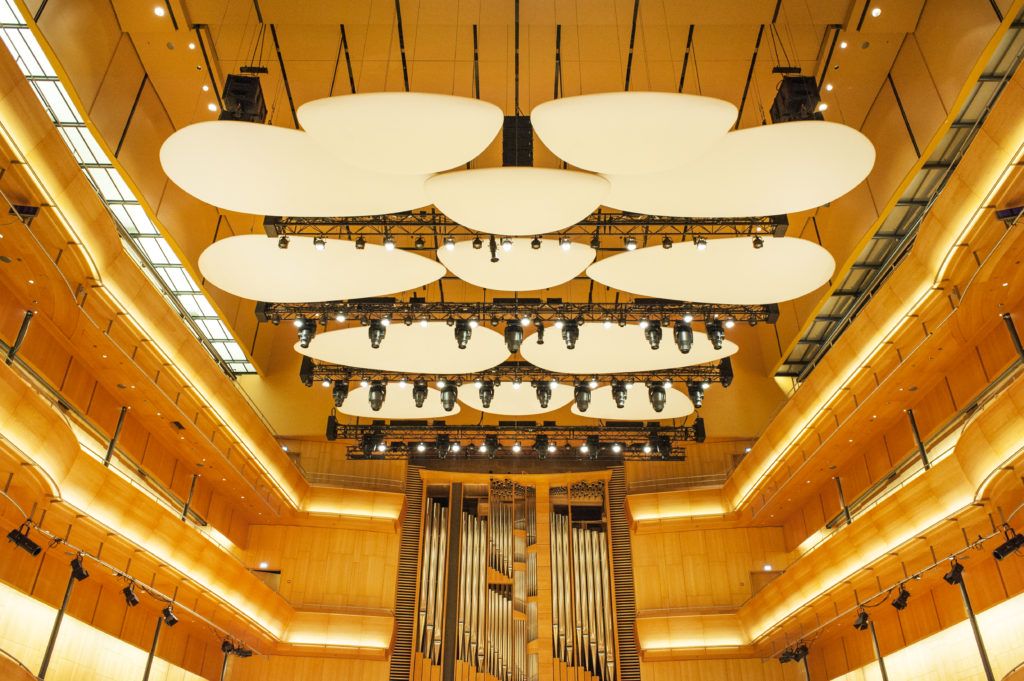 Acoustic reflectors above the stage in Stavanger Konserthus (2012).

Another limitation for shoebox halls has already been mentioned: ornamentations or other elements are essential to avoid the undesirable effects of reflective parallel walls that colour the sound and generate flutter echoes between the walls. Contemporary architecture addresses these limitations by using contemporary sculptures and 3D patterns, by using wall profles and fnishes that – at least locally – disturb the parallelism of the hall.This “anti-parallelism” treatment adds, what is commonly referred to in acoustics as, “diffusion” leading to a wider distribution of reflections – as the reflected wave is wider than the incident wave.

Certain studies of the acoustic quality of existing halls have found out that the properties of acoustic diffusion – or the average ability of the treatment to diffuse sound – are the most important criteria to defne the quality of a shoebox room.