See the invisible world of sound

THE ACOUSTIC CAMERA is a relatively new measurement tool that was originally used in the aerospace and automotive industries. The principle of this tool is uncannily simple with acoustic properties of any measurement object displayed in form of so called “acoustic photos” where false-color acoustic maps are superimposed on optical images or 3D models of the measurement scene/ object. 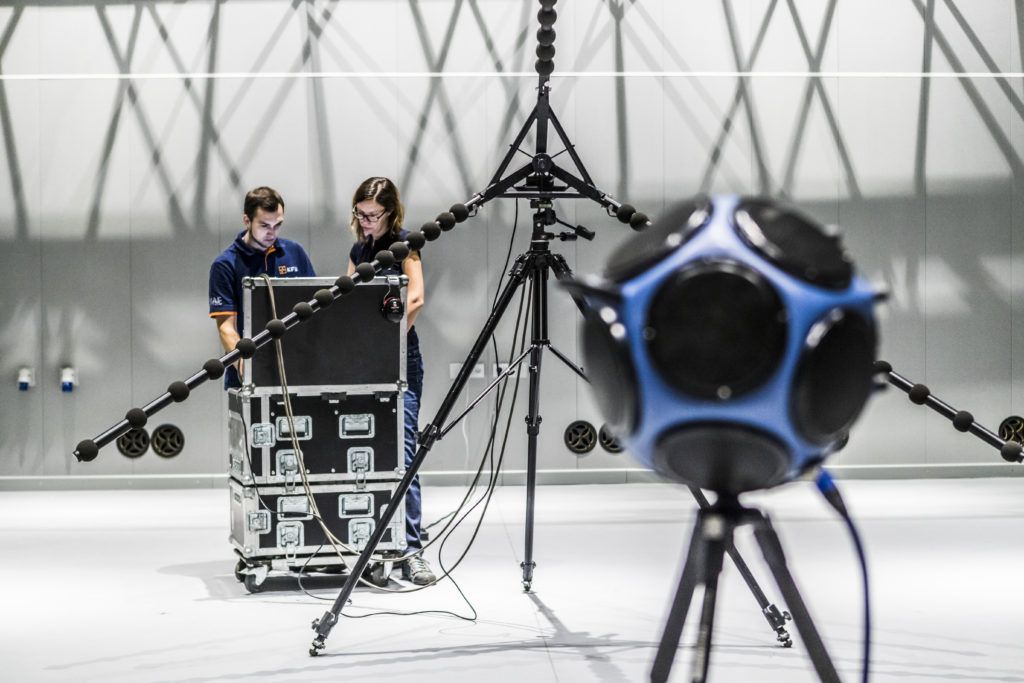 The acoustic measurements at Department of Acoustics and Multimedia, Wrocław University of Science and Technology.

If the Acoustic Camera is used in a two-dimensional environment, a measurement plane (often also referred to as a virtual image plane, object plane or photo plane) at the location of the measurement object is introduced. This plane is subsequently divided into rows and columns (resulting in pixels) and time or frequency domain beamforming is applied for each pixel. The values are then saved in an acoustic map that is superimposed on the measurement plane.

Localization of sound sources in a three-dimensional environment works similar to the 2D approach in terms of theory. The practical application is different in that the measurement plane is substituted by a 3D model of the object in question. The acoustic map is superimposed on the 3D model via either coloring points of a point cloud model or triangles of a triangle mesh model.

For room and building acoustics analysis, the Acoustic Camera can be used as a tool to identify sound sources and to give information about reflective, absorptive and diffuse properties of surfaces that can provide support in building or redesigning decisions and also to verify simulations after implementation. 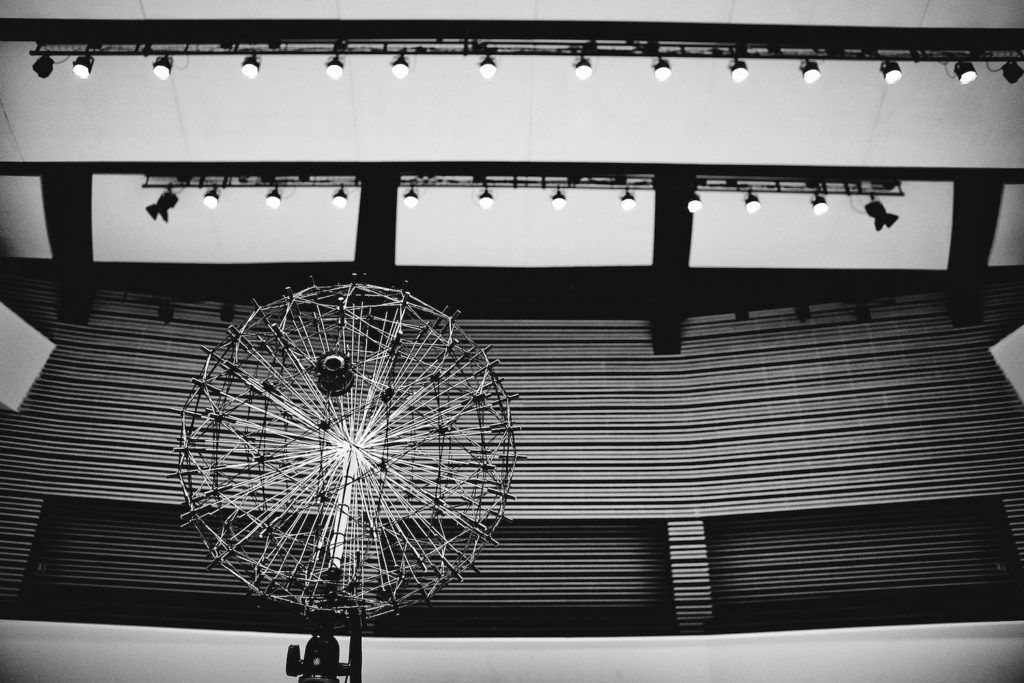 The location of the sound waves reflected from the wall with diffusor.

The location of the sound waves reflected from the wall with absorbing material.

Paddle Array is the low frequency measurement tool. It can create images of sound intensity and sound pressure. Measurements can be conducted using the intensity method as well as the holography method (HELS-based). Depending on the chosen method, the possible options for metrics are “Sound Intensity”, “Sound Pressure” and “Particle Velocity”. 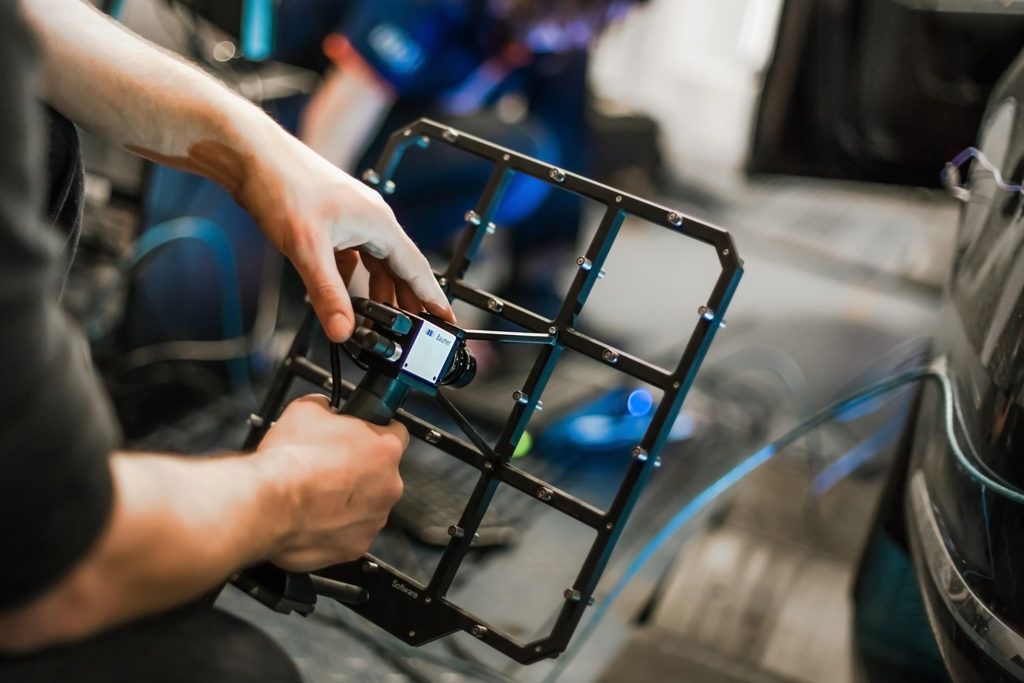 24 double-layer channel system during measurements in the dyno.

Noise is one of the most widely and most frequently experienced problems of the industrial working environment. Industrial acoustics is an area of acoustics that deals with noise protection and the comfort of living and working.

Vibroacoustic analyzes allow the designers and mechanical engineers to effectively modeling the desired sound and to remove any unwanted noise and vibration. Based on vibroacoustic analyses of machines, noise sources and acoustic energy transfer paths are evaluated. This allows to determine the contribution of the source to be tested and the path of resulting energy traveled to the point of receipt. 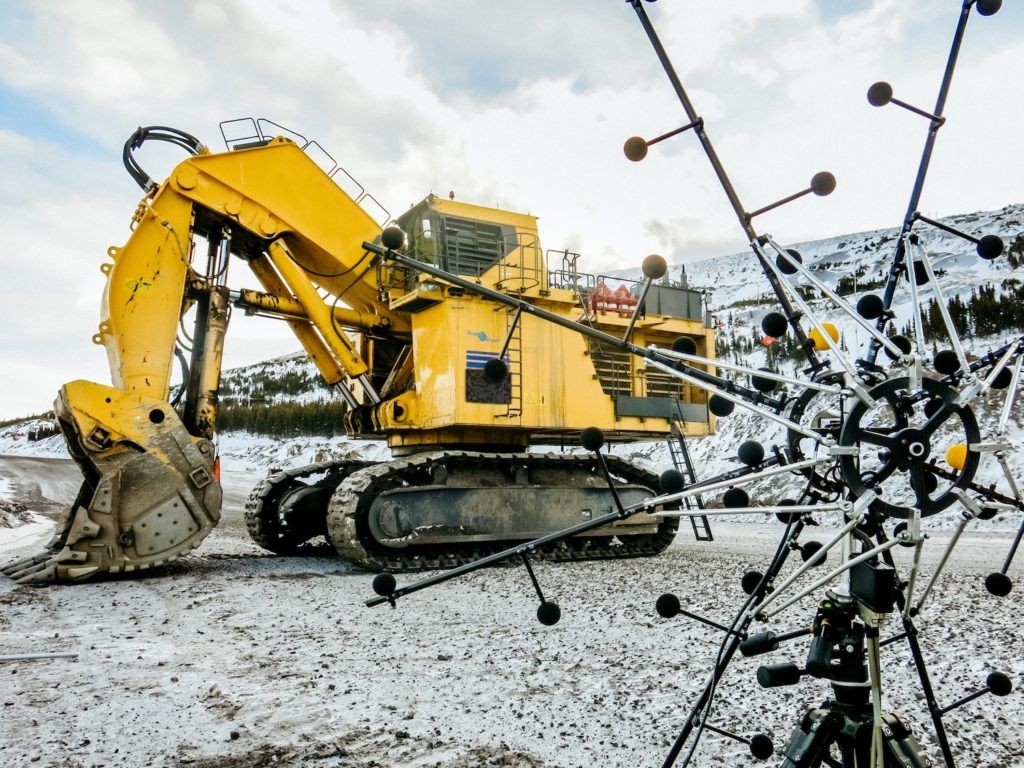 Example of using microphone array to identify and locate noise sources emitted from an excavator.

Conventional methods prove well when the source of noise is easily accessible and can be identified without any problems. However, it is much more difficult in case of noise reduction in industry halls where we often have to deal with the so-called complex acoustic situation. Typically, measurements must be made relatively quickly without disturbing production process.
The acoustic camera allows a rapid and accurate location of sound sources even in a complex acoustic situation and gives the ability to localize sound sources situated at large distances without having to approach them. 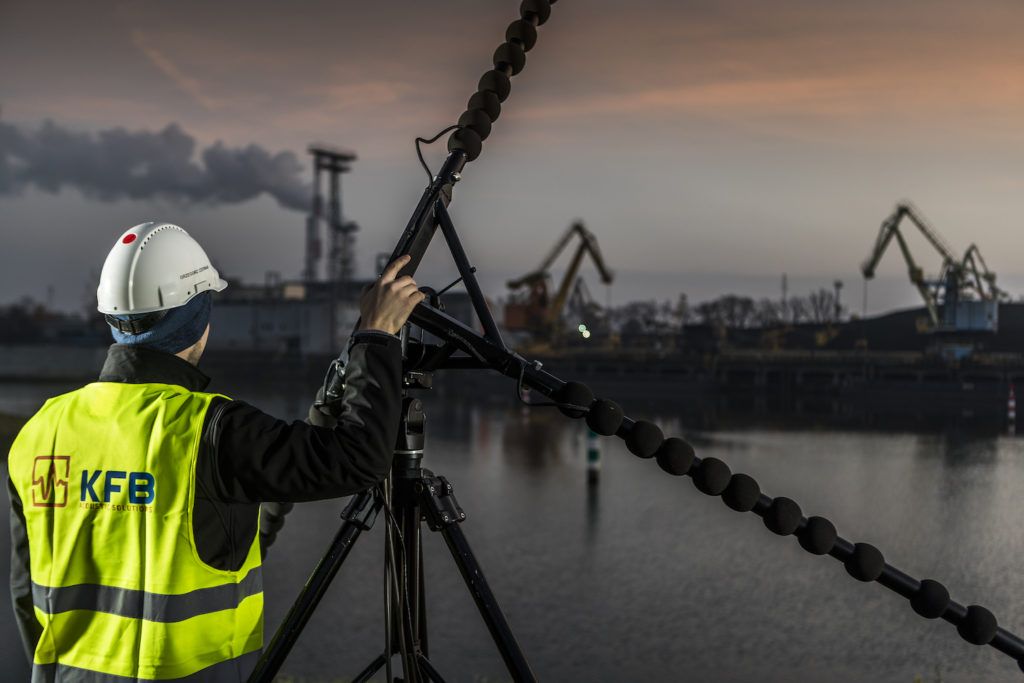 Example of using microphone array to identify and locate noise sources emitted from a power plant.